The theme for the 2022 meeting is “Invisibility.” The people and actions that have been rendered invisible have long been the subject of sociological inquiry, and our Birmingham meetings will provide us an opportunity to spend time engaged in exploring the hegemonic processes and motivations for the creation of invisibility.  Hopefully, we are now emerging from a period of active federal data suppression. We are also at a moment where some of what has been produced as invisible—especially police-caused violence—is being made visible.  Clearly, some of the light that makes what has been rendered invisible suddenly visible is the work of sociologists, especially sociologists as activists.

The theme of invisibility lends itself to a variety of interesting topics such as invisible labor, efforts to suppress data on gun violence, and accounts of Appalachia that assume heterogenous Whiteness, just to name a few.  The theme also allows us to better explore concepts that areintrinsically intertwined with invisibility such as the environmental injustices occurring in “forgotten” communities, the treatment of immigrants as homo sacer, and the production of ignorance.  We welcome a broad interpretation of our themes and look forward to fruitful face-to-face conversations in Birmingham.

Per SSS Policy, all conference participants must also be current dues-paying members. Note: Refunds only issued for cancellation requests that occur on or before the Pre-Registration Deadline (March 1st). Contact the Executive Officer to make a request. 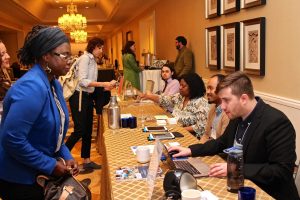